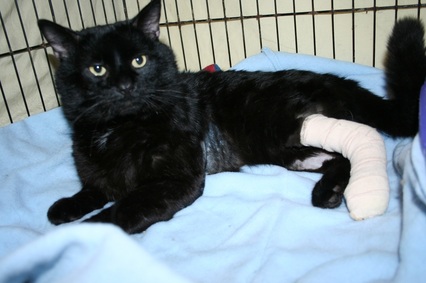 Maverick is a friendly stray that was abandoned by his family about a year ago. Surviving on his own was hard enough and then he suffered a vicious animal attack that nearly killed him. He was very lucky to get away but he did not get away unharmed. 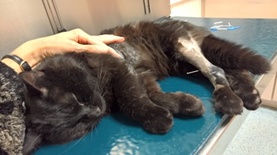 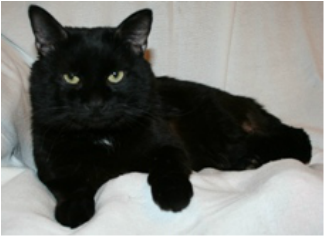